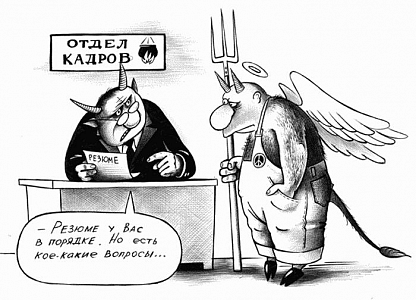 Here it comes. For the last two weeks the shaft of new personnel appointments which V. Putin promptly began to carry out is noted. First of all it concerns the governor's case. Part of governors resigns the authority ahead of schedule with obvious hope to be re-elected this fall. Putin appoints to a position of the acting governors the officials in whose re-election he is confident.

An idea about the need to hold as much as possible elections of governors in September of this year gains popularity in the Kremlin and regional elite. It isn't excluded that vote will take place in three tens regions this fall; early elections will take place in many areas. 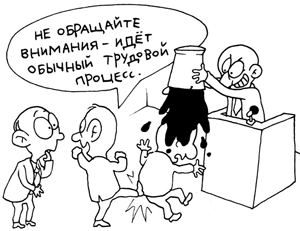 By estimates of the Moscow political strategists familiar with a situation, governors now stand in a queue – they want to take part in the elections this year against of a president rating growth. In 2012 when direct elections of heads of regions had returned, only five governors were elected, and there were eight of them in a year. In 2014 elections of 11 governors were initially planned to hold. But with approaching the voting day the number of campaigns steadily grew. The train of new appointments of governors began in September, 2013, when the president Vladimir Putin replaced the governor of Stavropol Krai ahead of schedule. Since then new elections were appointed at least one time in two months, and sometimes there were two times in a month. So, in April of this year the head of the Volgograd region (this post was held by the head of executive committee of the Popular front Andrey Bocharov) was replaced, and in Yakutia Egor Borisov resigned ahead of schedule and the deputy was immediately appointed, having acquired thus the right to be chosen in the fall of this year.


The expert of the pro-Kremlin Institute of social and economic and political researches Dmitry Badovsky first offered to transfer elections of governors, whose powers expire in 2016-2017. In November, 2012 the management of ISEPI submitted the report in which arguments in favor of such decision were listed: strengthening of legitimacy of the regional power before the Duma elections of 2016, prevention of the intra elite conflict between the governor and the single-mandate MP who can have governor's ambitions after passing to the State Duma (option concerns governor's elections of 2017), decrease in risks of destabilization of a situation on the eve of presidential election of 2018 and cultivation by years of elections of governors and elections in Legislative Assemblies.

At such option it would be possible to carry out on 15 — 20 governor's campaigns annually and thus to manage to replace essential part of the governor's case. But it wasn't succeeded to start idea realization at once - in 2013 governor's elections took place in eight regions only. Nevertheless, it was decided not to postpone the majority of campaigns for 2015.

The political situation issued in Russia after accession of the Crimea became an additional argument. In favor of idea of elections stands the sharp growth of a rating of the power, and a worsening economic situation. It is better to be re-elected now on a patriotism wave, than in a year when the economy can fall more strongly, than it occurs now.
In parallel Vladimir Putin appointed two new plenipotentiaries of the president: Sergey Melikov - in North Caucasus federal district and Nikolay Rogozhkin - in Siberian federal district Alexander Hloponin's work on the North Caucasian direction is highly appreciated in the Kremlin. The Chief of Presidential Administration Sergey Ivanov in conversation with journalists didn't exclude that "Hloponin will supervise the North Caucasus in the government as before, and also, probably, will receive additional functions". The head of administration of the Kremlin characterized Hloponin's long work "as very successful".

Melikov was pointed instead of Hloponin as the commander of the joint force of internal troops of the Ministry of Internal Affairs of Russia in the North Caucasus. Rogozhkin held a position of the first Deputy Minister of Internal Affairs of the Russian Federation and the commander-in-chief of the internal troops (IT). Also Putin signed the decree about modification of structure of Security Council of Russia. New envoys Melikov and Rogozhkin became members of council of Safety.

What do all these personnel shifts mean? The authorities are frightened obviously by a situation of coming elections against economic instability and deterioration of the relations with the West. Seems like elections are far, in December, 2016, but the present authorities have no confidence of success of UR, UPF. Having aggravated to a limit a situation within the country and having suspended part of elite in an uncertainty situation, Putin obviously amplifies checked, reliable (as he thinks) shots which are able to be effective at an rush hour and to solve the tasks set by the management. Efficiency of these shots is not evident, however there are no others, and it is impossible to leave a situation as it stands in any way, it can be uncontrollable in general. Events in Ukraine where revolutionary energy of masses took out Yanukovych's power, gives rise to internal fears that the same may happen in Russia. And for it very much, very much, there was no wish. Appointment of the professional soldiers working in system of the Ministry of Internal Affairs and internal troops to positions of envoys are from the same opera. Everybody perfectly understands that the protest electorate in Russia didn't disappear anywhere and it is necessary to deal with it already in the near future. So it is better to go to this future with the checked, devoted people. So chances of success are higher. It is sure that soon we will see new "interesting appointments" by V. Putin.

What about the Yaroslavl region? The governor S. Yastrebov declared that he is ready to take part in elections. We will remind that S. Yastrebov's powers expire in 2017, he was appointed in the last month of the President D. Medvedev’s work in the eve of the coming in action of laws on so-called political reform which assumed introduction of selectivity of governors. All this occurred that is called on the tag, at the last minute. S. Yastrebov will be 60 years old this year. He has been the first deputy mayor of Yaroslavl in the team of the previous mayor V. Volonchunas. The nickname "teflon person" was assigned to S. Yastrebov in Yaroslavl -as nothing sticks to him, neither good, nor bad, neither words, nor actions, inaction.
Now S. Yastrebov's electoral potential is 18-20% considering the fact that the vast majority of the population (60%) in general doesn't see the real leader who could become a Governor today. The political glade in the region is smoothed out by the federal center in such a way that S. Yastrebov's main potential competitors are in a pre-trial detention center on charges of attempt at a bribe – the mayor of Yaroslavl E.Urlashov and the mayor of Rybinsk Yu. Lastochkin. Thus the last would have the most serious chances of success for a governor's post if he was free. His asset is a serious economic experience on production in NPO Saturn and effective work as the mayor of Rybinsk. A certain aura of the martyr who was innocently injured in large the near power dismantling is a plus.

In a situation when there are no strong competitors on an elective platform in the region, probably, S. Yastrebov would have any chance to win elections of the governor. However such election campaign would be fraught with surprises - any rather known candidate for a governor's post could have a chance to win against S. Yastrebov fight if showed more or less distinct election program. The serious protest potential which won't allow winning with ease to anybody who is the representative of the old nomenclature anyway connected with "United Russia" remains in the region. S. Yastrebov is the representative of old team of managers of whom all were tired in the region, everybody knows that nothing serious can be expected from them. Neither good, nor bad. And it is a preservation stage. Everyone wants development, it is desirable dynamic. This will never happen with present governor. And not only owing to its personal characteristics, but also owing to the one whom the Kremlin Russia as a whole now wants to see on a post of governors.
And in this sense S. Yastrebov's destiny is in rather rigid vice of contradictions –he can’t tell that he won’t take part in elections, it will be apprehended as weakness, but also it will be difficult for him to win elections. Therefore he acts on the old "Teflon" habit – he told the following: "I am ready to go". He declares surely that (if it is necessary) he is ready to tale part in elections, perfectly understanding that he will hold the post up to 2017 (and it, seemingly, was guaranteed by the Kremlin). The future is unknown- weather the shah will die, or the donkey... S. Yastrebov gives a simple signal to all people around by his statement – everything is quiet, everything is well in the region, according to plan, predictable. If there are elections, I am ready to participate in them if there is a God's will (that is the Kremlin), if no elections, the better. Most likely it is just the statement, which doesn't oblige to anything. Words of S. Yastrebov that he is ready to go to elections till 2017 will be forgotten, and there will be already new political reality which will cross out all potential opportunities of a choice from the list of candidates in which S. Yastrebov will appear. To win elections, the candidate has to personify a hope. Hope for the better future. Yastrebov does not look like candidate hope. Absolutely not. And, most likely, he understands it.

In this regard a situation round elections of the mayor of Yaroslavl is interesting too. Some people are already ready to move to real pre-election fight. It isn't excluded that among these people there is also Anton Artemyev who veiled the city of Yaroslavl with the May 9 congratulations posters. We will remind that approximately the same thing (with a wide advertizing campaign) happened within E.Urlashov campaign in 2011. Artemyev is the person, with ambiguous reputation, the person orchestra who can "whistle" anything, to anyone and when necessary. He still owns money to participants of the election campaign at elections in a regional Duma (the Duma was re-elected, the debt is still present). If my assumptions are right, and this person will move to pre-election elements (and he can will move having a force of adventurous nature), we will have very cheerful campaign. Ostap Bender running elections is always interesting. I hope a lot that my assumptions are incorrect. I love to have fun though. And yet I won't be surprised if advertizing agencies place advertizing on credit, our hero will pay off long in this case.

Карикатура
Inscription on picture №1: HR Department . «Your Curriculum Vitae is all right… but still there are some questions».

Inscription on picture №2: «You are neglect – there is a normal working process».